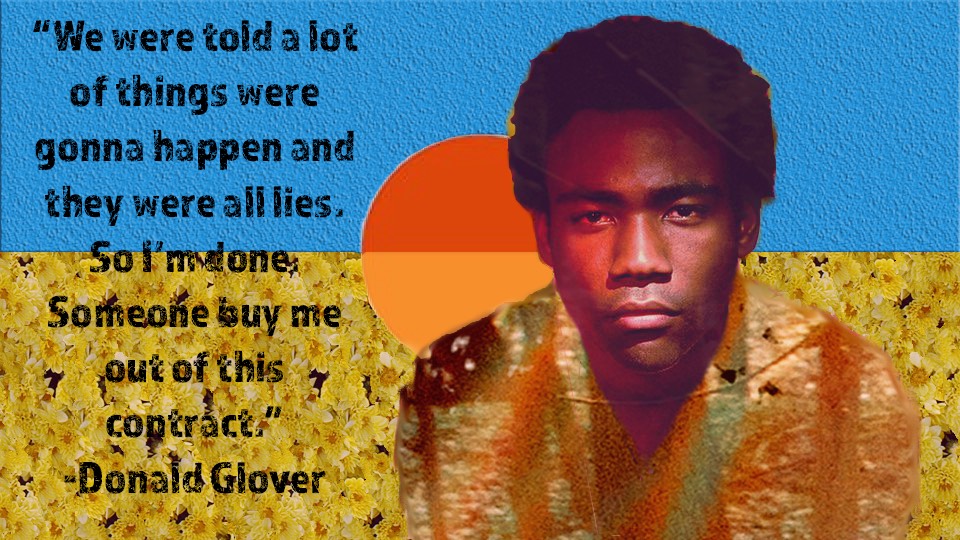 These two images are centered around rapper Childish Gambino (aka Donald Glover). Donald has always been reluctant about becoming a famous rapper. To him, it has limited him in his other professional endeavors. He is very strange on social media. Including deleting all social media and then restoring them (multiple times), going on twitter rants, and then staying silent for months. The quote in both forms of the images reflects that. The large layout includes multiple album covers intergraded it in, (his shirt-“Camp”, his face-“Because the Internet”, and the background- “STN MTN/Kauai”).